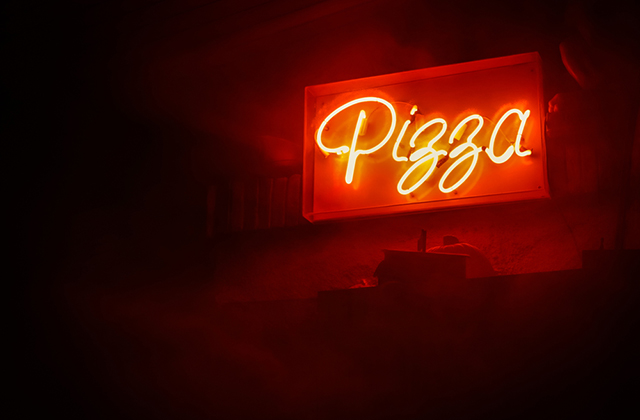 Our signage Sydney is custom made using the most reliable and relevant medias for your particular project. Modern digital signage (DS) media players do not use typical PC architecture. This is a crucial distinction. A modern DS media player is essentially a media appliance to the Internet. It contains optimized hardware and software to accomplish the task at hand-nothing else.

Of course, today’s choices for digital signage include displays with built-in players referred to as SoC (system on a chip). However, SoC displays cannot be compared fairly to a robust DS media player. SoC-powered displays lack the processing power and software features to take advantage of advanced strategies.

For example, it requires significant CPU power to aggregate and parse data in real time, which is a standard feature on modern players. Additionally, SoC displays typically lack the diverse I/O ports required to capture this data. Not to be negative on SoC-powered displays, they have their purpose, but this article is focused on digital signage networks that require more than a limited out-of-the-box solution.

Here are some additional things to consider when shopping for a new digital signage media player, which will aid you in selecting one that meets your immediate needs as well as provide some built-in “future proofing.”

Check the Connectivity Options of the Media Player

The ports of the media player are important because they connect to the monitor that you will use for digital signs. Avoid players with only VGA or DVI ports, both of which are indicators of old graphic chips with lower resolutions.

Even though HDMI will support hi-def audio, it can be useful to have a separate audio port for distributed audio-if that is needed in your design. Either a 3.5mm jack or optical audio works fine for this requirement.

The other important port is for the network connection. Ideal players will have both multi-port Gb-Ethernet and built-in WiFi. If using a wireless connection, look for the newest WiFi standard of 802.11ac, which will get you connected to your content source with the greatest speed, reliability, and security.

It is also useful but not always necessary to have a USB port (V 3.0 preferably). It can be used for offline updates of firmware or even installing a playlist if you want to run the player offline. It can also be used for integrating third-party devices.

If your digital signage network requires some kind of customer engagement, wireless interface support becomes a “nice to have” to a “gotta have.” For example, for seamless integration into a larger campaign, you will want to leverage either Bluetooth, Beacons, NFC, or RS-232 (serial port), any of which may be necessary to handle real-time sensors or smartphone interaction. The best digital signage players come with this support built-in-although applications may require programmed widgets to make it work for specific requirements. This is usually done through an API and is supported by the industry at large.

Memory type and flexibility is often overlooked when shopping for a digital signage media player, but nothing will kill your media playlist quicker than a lack of available memory. Modern DS media players excel in installations where scalable memory is necessary, often because of the amount of RAM-gobbling high-resolution content used (think 4K).

Since content is downloaded and stored locally in a DS media player, its architecture offers several memory options that are significantly more robust than SoC displays. In fact, it is expandable according to your changing requirements.

However, avoid media players with standard hard disk drives (HDD)! They may cost less, but they break quickly under the harsh environment of a digital signage player. A HDD is the chief cause of failures in the field. Instead, opt for a modern player design that uses a solid-state drive (SSD) or Flash memory that is commonly available and rugged as nails.

Check The Software And Formats Supported

Ideally, a digital signage media player should be able to run all versions of common operating systems, including,

Any of these platforms will support third-party media engines. However, look for SMIL or HTML5 support, which is the most advanced method for players to source playlists from cloud-based servers. Other methods work as well, like FTP, but this method is old school and limits your playlist options significantly. A new digital signage player with a multi-core CPU will likely support many third-party media playout engines that can be software only or may include hardware. The most reliable media engines that require the lowest CPU power to run will be using SMIL or HTML5 programming.

This is most important when playing high-resolution videos. Since digital signage playlists are designed to match the display’s native resolution, it’s crucial to support the highest resolution possible to prevent the dreaded and ugly pixelation of images on large screens.

The best DS players take advantage of an advanced graphic processor unit (GPU), which dedicate hardware to support MP4, H.264, and H.265 codecs. By saving a tremendous load on the CPU, advanced GPUs provide both glitch-free and reliable ultra-high-resolution playback. Of course, this added hardware support does increase cost, but it also significantly improves the quality of video playout, and in digital signage, this is more important than saving a few dollars. The best digital signage media players will be certified to support Ultra-High Definition (UHD) on HDMI 2.0.

Another important consideration is the location the player will be installed. Certainly mounting it close to the display is often the best route, but no player can tolerate extreme heat and humidity conditions for long periods of time. Because failure in the field is expensive, it’s worth assessing before permanently mounting the player.

Almost all players will include a specification for operating temperature range and humidity. Most will operate well within the specified ranges. The best way to add flexibility to player mounting options is to look for these features, all of which reduce the heat load on the player:

Tampering with digital signage players is not typically a major issue, mainly because the player is often mounted near or on the display, which is likely out of reach of Joe Public. However…

If your installation calls for added security, chiefly because the player is within reach, then you will find that the majority of new media players include a Kensington Security Slot. Use it! This universal locking system works well for preventing the majority of thefts.

But if you absolutely need to lock-down your media player, there are many locking screws on the market (e.g. Key-Rex) that will prevent thefts even in the most prone areas.

These are some of the key specifications and factors to be considered when buying the best digital signage media players for your business today. You can likely think of others, too.

Now that you are up-to-date with the latest trends and technologies emerging in this dynamic landscape, you can choose one with more confidence!